The origins of rolling papers, a story worth telling

Did you know that rolling papers were invented in Spain, and that the first booklet was devised by a priest? Read on to discover the full story!

If you run a grow shop or a head shop, the chances are that you have dozens of rolling paper brands on display on the counter. In fact, retailers find this a highly profitable strategy, as rolling papers fall within the category of products that customers are always willing to purchase.

While the current market has taken a while to catch up with regards to the offer of rolling paper booklets that was available on newsstands and petrol stations just a few years ago, the intensification of competition has led to brands being more innovative in order to make their rolling papers stand out from those of their competitors.

The rolling papers currently available on the market are mostly made of natural materials with soft, textured finish, and usually come with perforated tips. Some booklets even include a magnetic clasp for a more sophisticated look.

But regardless of their specifications, all models are based on a 300-year old Spanish invention, namely cigarette paper. The perfect anecdote to tell your customers while you sell them or gift them a smoking paper booklet.

What are the origins of cigarette paper?

Paper was introduced to Europe by the Muslims, who had learned the technique from the Chinese and imported it to Spain. The first Spanish paper mills were built in 1154 in the localities of Xàtiva and Alcoy, in the Valencian Community. Back then, paper was produced from hemp and other fibrous materials such as cotton and linen, so it was not unusual that bedding, clothes and towels were recycled into paper. The Chinese had been using paper as currency since the 7th century, and Europeans quickly followed suit. 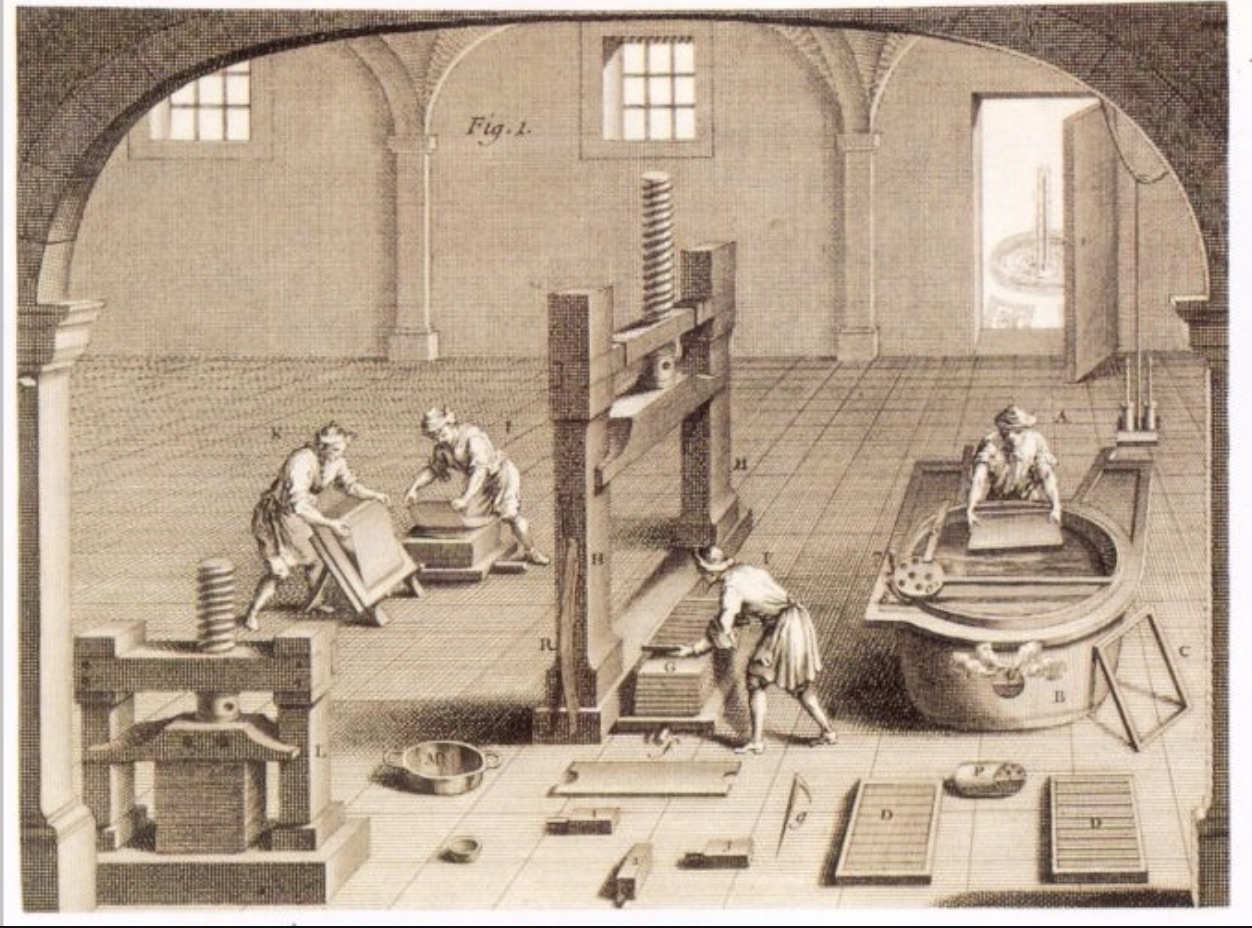 In the 15th century, tobacco was introduced to Spain from the new world, the habit of smoking spreading rapidly through the country. However, as pure tobacco was prohibitively costly, only aristocrats could afford to smoke the whole leaves, which they would roll into huge cigars.

Once smoked, the butts would end up on the ground, from where they would be picked by beggars, who would unroll them and reroll the residue in small pieces of newspaper. With the popularisation of powdered tobacco, this custom spread among the working class, probably not without a few sparks and clouds of smoke coming out from those makeshift rolling papers, whose ink contained lead, cadmium and God knows what other toxic substances.

When the popular custom of smoking arrived in Alcoy – the cradle of European paper production – papermakers identify the need to develop a product that was specially designed to smoke powdered and shredded tobacco. The result was a new type of ultra-thin, white, clean burning paper that was advertised as having hygienic properties. Manufactured as large sheets that users could cut to their desired size, cigarette paper became an instant success. 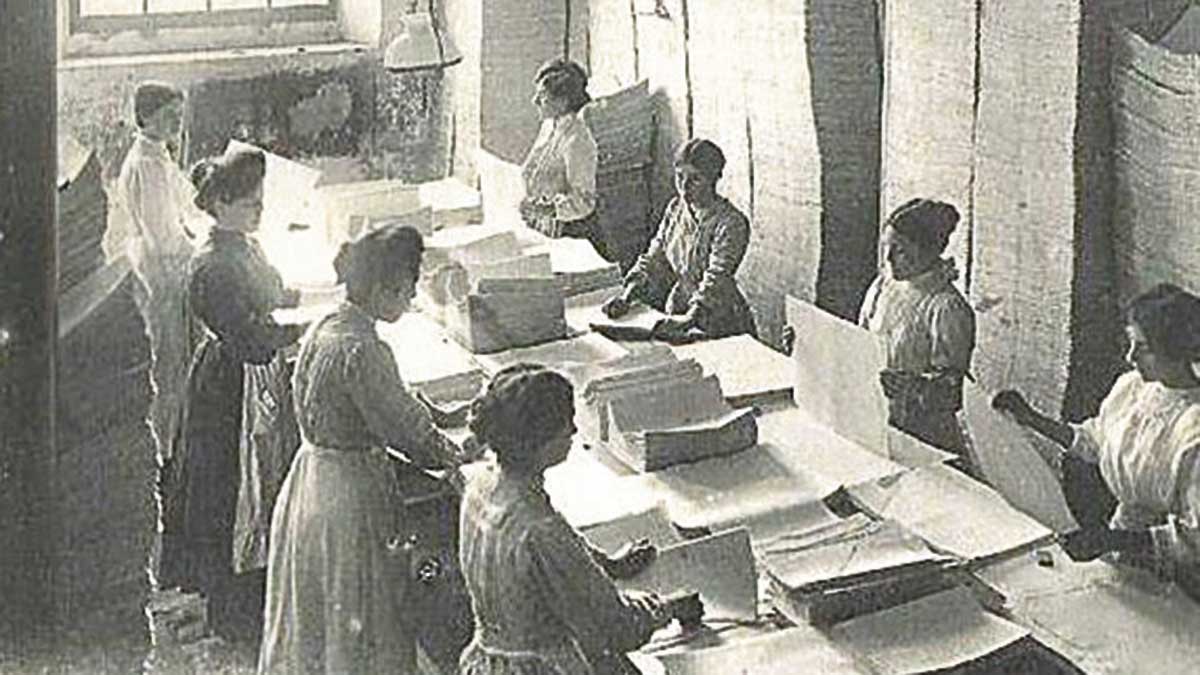 Those early large sheets that users folded and cut as needed became the standard size, sometimes also referred to as 'Spanish size' – the equivalent of today's 'Medium' size, which is a quarter-inch smaller than the 'Regular' size). In 1764, Alcoy based company Pay-Pay became the first rolling paper brand of all times, exporting the product outside of Spain, mainly to Latin America, often in exchange for tobacco.

In the early 1800's, the custom of smoking rolled tobacco was introduced to the rest of Europe by Napoleon's troops after their invasion of Spain. Eventually, in 1815 a Dominican priest from near Xàtiva realised that the cumbersome cigarette sheets would be easier to handle if they were supplied pre-cut and inside a protective booklet. This is how, by divine inspiration, Father Jaime Villanueva Estingo became – pun intended – the father of rolling paper booklets, a sophisticated invention that has survived to this day virtually unchanged.

We are unable to process any orders until further notice

We are very sorry to inform you that, against our will, we are now unable to engage in any commercial activity. We are working round the clock to resume normal activity as soon as possible, but we still don't know when we'll be able to operate normally.

We'll keep you informed of any developments.

Thank you very much for your trust.

FREE shipping on all seed orders over €500.

FREE shipping to Spain is available for seed orders over €300. Orders of grow products will only qualify for FREE delivery if the total price exceeds €1000 and if they don’t include any soil. Shipments to the Canary Islands are subject to other terms.

Products currently out of stock

We are sorry but some of the products in your shopping cart seem to be currently unavailable. Please remove them from your cart before completing your order.